The Covid-19 pandemic has posed many challenges for social science researchers. It is particularly pronounced among those whose primary methods are ethnographic, requiring deep immersion in the field, in close contact with their participants and collaborators. In situations where travel is no longer possible, both conventional and visual ethnographers find themselves grappling with considerable methodological conundrums: can our methods successfully adapt to novel emergencies? Is it possible to shift methods, designed for prolonged close interaction, to an online format?

We encountered this very situation last year. We are a team of social science researchers and Participatory Visual Methods (PVM) experts engaged on the project Antimicrobials in West Africa (AMRIWA). Jointly funded by the Academy of Finland and Ministry of Foreign Affairs under the Develop Academy Programme, the project’s dual aims are to generate both social and microbiological information on AMR hotspots and to build capacities of local researchers to produce AMR-related data. We had planned to collaboratively produce videos with local communities in Benin and Burkina Faso so that they could share and reflect upon their experiences of Antimicrobial Resistance (the ability of microorganisms to develop resistance against drugs used to control them). The pandemic, however, put a stop to all our field research.

Part of the suite of methods utilised by social science and humanities researchers, social activists, and journalists, PVM is a collaborative process whereby facilitators work with community members to produce forms of visual storytelling such as narrative videos or photo essays, which become tools for the community to use in their empowerment and social advocacy. The AMRIWA research team had planned to utilise this method with local communities and livelihood groups in Benin and Burkina Faso, training them in the use of digital cameras, film-making techniques, and ethics to produce videos that could be used to communicate challenges, along with community-based solutions and actions, related to the management of AMR.

Once it became clear we would no longer be able film on location, rather than abandon this key element of the project we began thinking of alternative ways to produce participatory videos from a distance. Following discussions with AMRIWA’s West African project partners, we designed an online PVM training programme targeted at local social and bioscience graduates as a method for communicating their research results to a wider audience, reorienting this key project deliverable towards AMRIWA’s capacity building objective.

This required us to redesign a conventional PVM training programme for an online delivery format, four-hour workshops run over seven consecutive weeks via the online videoconferencing platform Zoom. The workshops would train students in the ethos of PVM, ethics of film-making, filming techniques, interviewing on camera, and the use of editing software towards a complete visual narrative. The workshops had to be coordinated across four time zones (Finland and Malta where the PV experts resided, and of course Benin and Burkina Faso), in regions with poorly resourced academic settings and unreliable internet connectivity. Standard PV equipment (camcorder/DSLR, tripod, microphone and headphones) were exchanged for locally available technologies such as mobile telephones, earplugs with microphones, and selfie sticks fabricated from bamboo, rubber-bands, and duct tape.

Each country recruited six to seven students/researchers for the training (groups small enough to gather together in training rooms without breaking Covid restrictions). The language of instruction was French and English, requiring simultaneous translation between the two (Zoom’s chat function was indispensable here). WhatsApp groups were created to facilitate continuous contact between trainers and trainee representatives. A feedback mechanism was designed and incorporated into the online sessions in the form of Flinga, a digital interactive whiteboard that allowed participants to give anonymous feedback at the beginning of each class. At the programme’s conclusion, an evaluation form was distributed to participants requesting further anonymous feedback that can be used to improve future programmes.

By the end of training, the students had successfully designed, filmed, and edited four videos on different aspects of AMR in West Africa: farming and agriculture, water contamination, self-medicating with antibiotics, and the reliance on antibiotics to manage symptoms of Covid-19. This was achieved in under two months, at a distance, with students who had no prior film-making experience.

Making possible an online training in low-resource settings required us to break several PVM conventions. We had to shift the principle from a collective ownership of PVM tools to a collective ownership of the PVM process. Where normally participants would share the filming equipment, we now relied on individually owned hardware (e.g. personal mobile phones). However, once the workshops were underway, we found that trainees were instrumental in shaping the development of a new PVM approach in ways that the facilitators had not anticipated, thus giving them more collaborative ownership of the process. The ‘community research’ paradigm shifted to a ‘research community’ paradigm, which required adapting the community empowerment aspect conventionally associated with PVM to one of communicating laboratory and science research to local communities. This obliged us to reconsider and redefine the notion of ‘participation’ in this context, as rather than communities participating in the creation of knowledge about themselves, the trainees participated in developing this methodology for popularising research and staging awareness campaigns.

Whilst the bottom-up, community empowerment element of conventional PVM was weakened to an extent, did allow us to reflect on different perceptions and performances of participation in shifting geographical, sociopolitical, and research contexts. An unexpected outcome of this endeavour was the successful adaptation of PVM in a collaborative, reflexive process (between who and who). This allowed us to reflect on distribution of power and expectations of authority between research communities and their locales, and the contested worldviews and power inequalities that become visible in capacity building interventions between global northern and southern partners.

Centre for the Social Study of Microbes 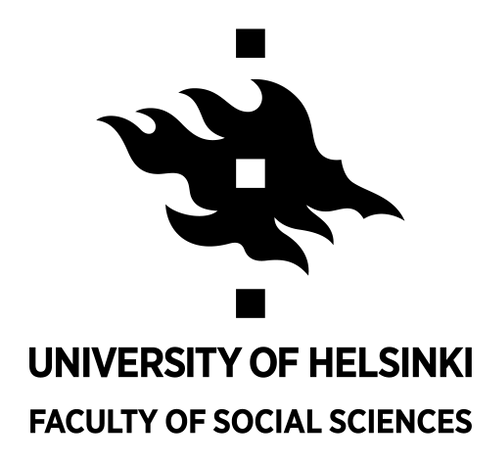